another chapter done, another very very long wait. i wonder if people actually wait for this novel though?

a very late merry christmas to those that actually celebrate it.

aaand kekel’s probably going back to his hibernation, playing nier automata. which probably gonna take forever cause he sucks at it. see you next year i guess~

Well, today is my turn, oh man, have been busy with my internship, so ta-dah here’s the link, enjoy :v

kekel said he was busy with work, chasing deadlines and such, from the way he behaves in line chat he doesnt seem to though. i can say for sure he’s busy with his sister though.

enjoy i guess? i wonder if people still even remember this novel though.

Dragon’s don is, dragon version of kabedon… for those who forgot, since there’s no english word/phrase equivalent to it.

some lines are a bit gibberish but i dont feel like putting the effort to actually research or spend time to figure out how to make it good, mainly because it’s been a long time since i did this(as always, blame kekel)

Bex salt mine is a famous salt mine in switzerland. i didn’t put it in a TL note in the chapter since it didnt feel important enough to put in one, so i just put it here to save some trouble of googling in case you’re interested.

uh. um. im out of things to say. see you next year LUL kappa

First of all, there’s no new chapter for now. And the new chapter might still be looooong to be posted.

So far, Kekel is busy because by the time he got in, he was assigned to a project that is near its deadline.
Novarime might also gets busy as the time goes, but he doesn’t seem to be all that busy now.
My workplace seems to be doing nothing for now, compared to the other two I had more free time, but they said when the time comes, we might also get busy as well.

So yeah, you get the point. I might try to TL some to help since Kekel might not touch it for a while, but my skill is very limited so we still need Kekel to check my TL and add some parts where I don’t understand. I think Kekel had a test for his Japanese skill and I think he got N2? I never had mine but I think at most I would be N5. BTW, if you’re not familiar, N1 is the highest and N5 is the most basic. So if we compare it to like this novel, Kekel would probably have Grade 2 on , meanwhile I would have Grade 5 (estimated because I never had the test).
After TLing, we still need to wait for Novarime to check and edit them all, but usually he does it fast so no real problem here, I think…
In the end, it’s all depends on Kekel.

So, yeah. Back to indefinite update.

Oh BTW, if you ask if my workplace is the laxest, the answer is no. Because I think Kekel’s workplace is actually the laxest out of us 3. Maybe even compared to others, his workplace is the most relaxed one. He’s just busy because when he got in, he was assigned to a near deadline project.
Well, I would say it’s his own fault because the guy promised to start at Jan but never showed his face till mid Feb. Honestly when me and Novarime heard this, we contemplating about how the heck did we became friend with this kind of guy.

Hey bois, it’s been about 2 months since our absence, recently we’re quite busy doing univ stuff, here the new chapter, click the image below 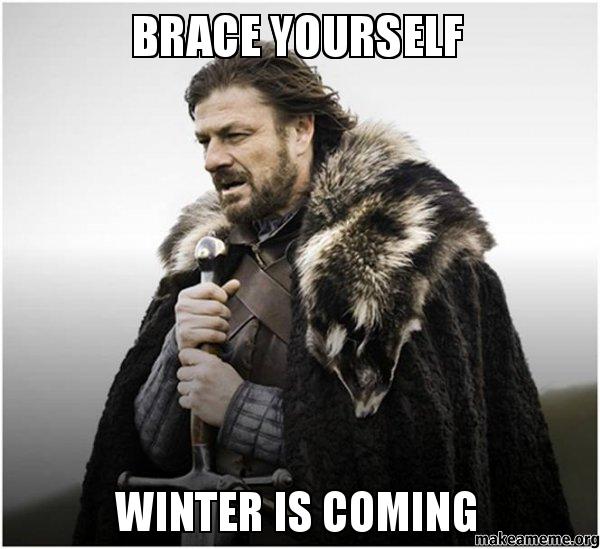 i’ve really ran out of things to say recently. either my life has been so uneventful or my standards of something being out of ordinary has been rising.

btw kekel seem to really really want to use memes so i put it.

insertyorokobeshounenhere. for the chapter release? nono, for the content. you’ll know when you read it. i myself am not rejoicing though, didnt really care about that.

took so long even though a short chapter because kekel was busy with his sist.. i mean, work. and most likely sister too.

if anyone’s interested in illustrations, click here.  it’s link to the publisher’s website itself though. in their character introduction part, from the beginning: Karl, Charlotte, Louise, Goodful/Gooogle, Leonhart, Siegfried, and Maria. you can take a peek of the digital novel with that yellow button far below, the one with book icon with text 試し読みはこちら！(Trial reading is here!). ES Novel is quite generous with the trial read, they gave like a quarter(60 pages or so) of the full book for trial for this novel, with their other novels like a third(100+ pages), whereas other publishers are like, 25ish pages, 40-50 for very few novels. though, there’re only three grayscale illustrations available in the trial version.

images inside trial version(for the lazy ones or cant be bothered to waste time loading tens of image of gibberish moon runes): 1    2    3

can’t find the light novel raws elsewhere on the interweebz though.

rather than progress section without any updates, might as well put how many chapters remaining

there are chapters 5-7, then 5 more chapters including epilogue, final chapter, extras etc. I put chapter names in the gooogle chapter list page if anyone’s interested.